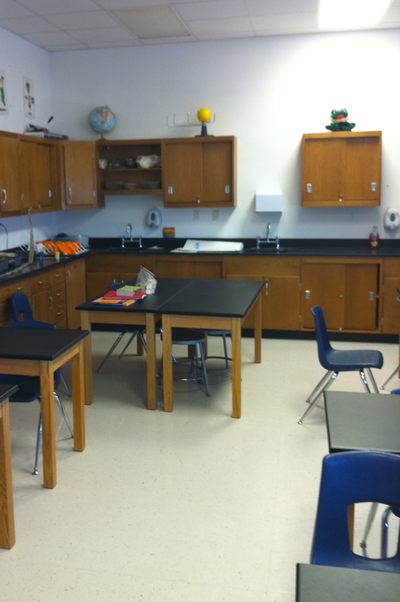 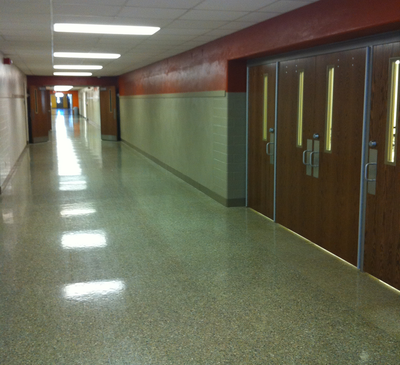 The project consisted of substantial renovations of the  110,000 square foot facility.  The work consisted of beautification items such as replacing or refinishing a large percentage of the doors throughout the facility due to damage or current code compliance issues, re-painting all wall surfaces, installing new flooring finishes throughout, replacing damaged and worn ceilings, and furring out all walls in all classrooms to allow for the concealment of electrical and data upgrades that took place all through the building.  Other improvements consisted of the installation of a new ADA lift to gain access to the second floor, replacement of many single pane windows and damaged exterior doors, lighting upgrades, and installation of new telecommunication systems.

However, the biggest portion of the project consisted of the renovation of existing spaces to serve different functions as needed by the academy style learning environment that the junior high had adopted.  The conversions included changing two existing shop areas to the new choir and band classrooms, changing the existing band room to a new art studio, changing two existing general classrooms to new office and conference facilities, changing the existing guidance area into two new classrooms, and relocating science labs throughout the building to fit into the age divided academies.

The work was coordinated with required asbestos abatement and lead remediation, as well as with the submittal of a health / life safety amendment for the funding of qualifying items.